Ritual use of animals in the Wari empire 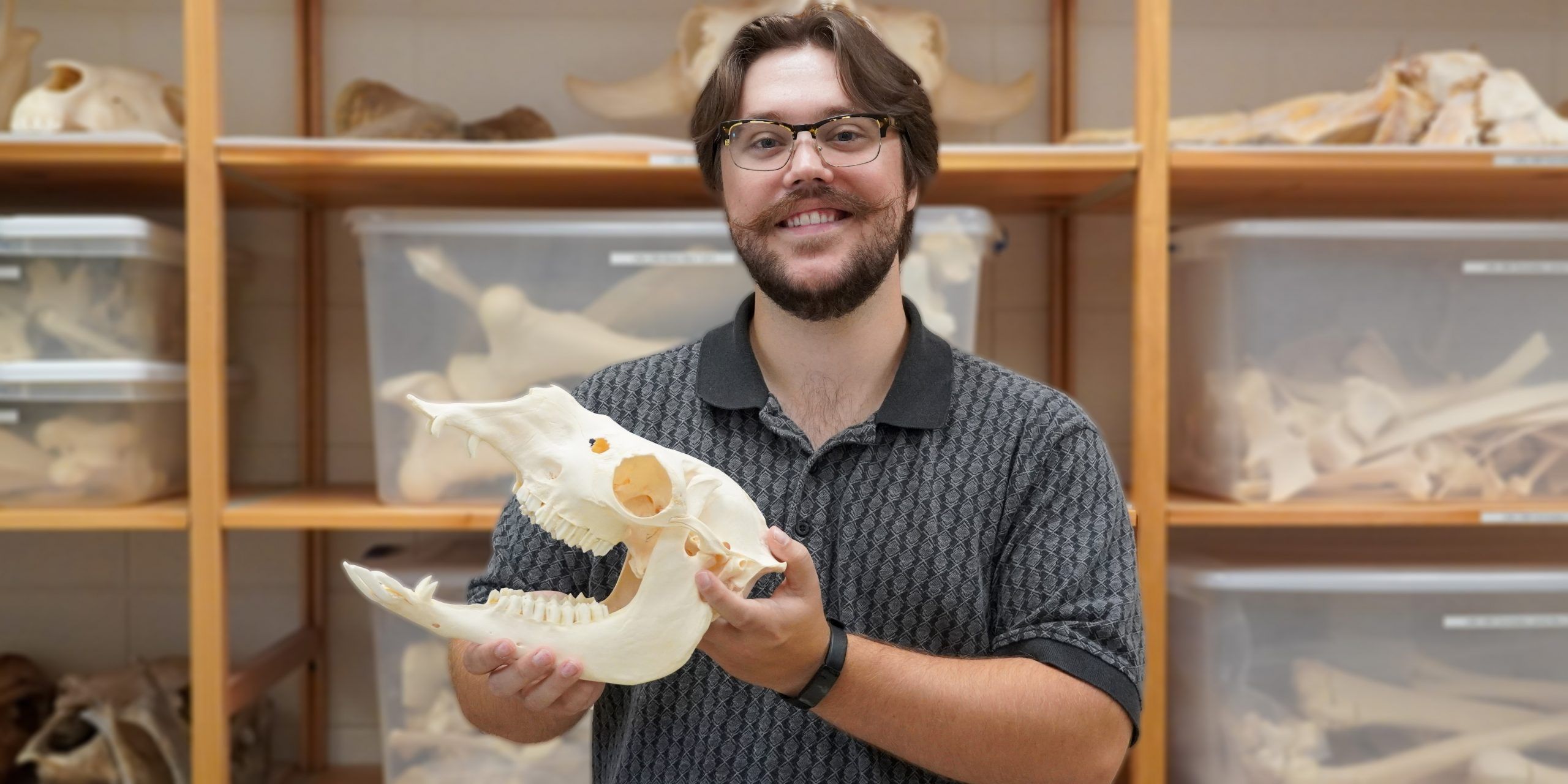 We interviewed Joshua Malloy, a recent graduate who majored in anthropology and religious studies, with a minor in German. Along with research mentors Dr. Donna Nash and Dr. Charles Egeland, Joshua examined the ritual use of animals in the Wari empire. Interview conducted in May 2021.

Building on the past

My mentor Dr. Donna Nash has been doing excavations and archaeological research at a site called Cerro Baúl in southern Peru since 1994, and she’s currently focusing on the palace complex. In this palace there were pit features which are intentionally dug holes in the ground – which broke the floor at the time of the palace’s abandonment – for ritualistic offerings and other stuff. There were animal bones, stone tools, jewelry, and other things like that in these pit features. For my project, I specifically focused on the faunal remains, which are the bones and other parts left behind when an animal dies.

What I was trying to find was how the Wari were using animal parts to perpetuate power, and I found that a couple of researchers are talking about that, but it’s not a massive thing. I didn’t know how little the ritual use of animals had been documented. It was fun to research a niche topic.

Wading through the data

A zooarchaeologist named Susan deFrance, a professor at the University of Florida, analyzed the animal bones previously and determined all the taxa and species found, all the butchery marks on the bones, and all that data was put into a massive spreadsheet. My job was to go through that data, look for patterns from the 23 or so pit features, and group them together in a more organized way.

We wanted to see if the animal remains from an area of the palace open to visiting guests differed from the remains found in a more secluded room further into the palace that was reserved for elite palace residents and their close allies.

There is a massive data set that exists for this site, even with just the animal bones, from many years of research and multiple excavations. Twenty years later it takes some work to extract the data you are looking for and organize it.

The analysis was the fun part. What does this material culture, this thing, mean? That was what came most naturally to me – trying to find the patterns and analyze how it changed. I specifically focused on what the animal bones mean, and the symbolic elements emerged over time as I was like “Why are there so many bones that don’t have high food utility in the pits?”

To eat or not to eat

One of the things I was looking at was the food utility of the animal bones – a measurement of how valuable the meat from the bones would be. A lot of the bones that were found were llama or alpaca bones. There were some others, too, like bird bones. I was using the food utility index to determine if the bones were in the pits because of their high food value or if they had low food value and might have been offered because they had some sort of symbolic value that we don’t know about yet.

Most of the communal gathering spaces had more highly valued bones on the food utility index, particularly camelid (e.g., llama and alpaca) bones.

More of the lower quality, non-food bones, the symbolic bones – including bird bones, which may have been used for their feathers, and toad bones from a toad with hallucinogenic properties – were found in the more secluded rooms, which indicates that more elite status people would be in contact with or offering these more symbolic things.

The event that caused all these offerings here was likely a feasting event because there was a human burial that was found there.

So what’s assumed here is that at this palace, they had a big feast in honor of the dead person, and these offerings were made in the pit features for this dead person, or to the ancestors, or the gods. We don’t know who. But there was some sort of connection between human burial, this feasting event, and then the palace was ritualistically sealed.

They had this huge party and then they broke a bunch of ceramic vessels and stuff. They filled in the doorways with rocks and left the building with all their offerings inside.

The spread of empire

The presence of high food utility bones in the main entrance court and open feasting area supports the idea that Wari elites utilized conspicuous consumption of choice cuts of meat to claim and display wealth and status to those in attendance of the feast, and to demonstrate and consolidate power and authority over the community surrounding Cerro Baúl.

Basically, the Wari elites were spreading the empire by going into new towns and instead of bringing war and forcing people to join the empire, they showed these small communities that they had valuable objects and status and good food, and they had symbolic rituals they could perform to reiterate their power. So they were sweeping through Peru, showing their power through expensive food and symbolic animal parts.

I think that’s a really cool thing about archaeology: you can find some animal bones in the dirt and from there you can kind of figure out what this empire was doing 1000 years ago.

I’m not planning to pursue a career in research, but it was cool to see that process and see what practical research looks like. It was that experience of looking at some data, asking a question, and then going to the literature to try to find the answer.

The best advice I have to give is to make time to rest. I’ve never been more productive than when I scheduled time to rest. I know it sounds weird, but if you intentionally put in the effort to not put in effort, you know, it can really help.