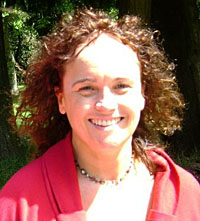 The URSCO is pleased to recognize Dr. Joanne Murphy as the 2018 Thomas Undergraduate Research Mentor Award recipient. Dr. Murphy joined the faculty at UNCG as an Assistant Professor in the Department of Classical Studies in 2008. Since then, she has overseen 11 undergraduate research (UR) projects and helped many other students in independent research. The fruits of her labor is fantastic. She was promoted to Associate Professor in 2014 and has served as URSCO’s Undergraduate Research Fellow since. During the past four years, Dr. Murphy has helped coordinate and convene multiple workshops on diverse components of undergraduate research, and has been a co-Principal Investigator on two UNC system grants ($48,000) to fund aspects of UR throughout the system and at UNCG. Furthermore, Dr. Murphy’s diligent efforts have provided her the opportunity to help foster both undergraduate research and faculty research across the State of NC in the Humanities.

In her teaching and research statement, Dr. Murphy remarked “As a person and an archaeologist, my work and presence are only of value if I can help someone else see and fulfill their own potential,” thus showing her dedication to sharing her knowledge and skills with our students so they can be successful. Her teaching philosophy and practice have grown out of her teaching experiences in high schools and university in Ireland, at the University of Akron, at the University of Cincinnati, and at UNCG. Dr. Murphy has taught courses that include Archaeological Theory, Archaeology of Death, Greek Archaeology, Egyptian Archaeology, Ancient Sports and Society, Women in Antiquity, Ancient Greek Language Beginners and Upper Levels, Mythology, Greek Civilization, and Roman Literature. Her interests include Greek Archaeology, Archaeological Methods and Theory, Archaeology of Religion, and Archaeology of Mortuary Systems. In a statement, she revealed, “One of the main joys of my research is that it allows me to anchor my teaching and mentoring philosophy in a practical hands-on way that permeates my work in the classroom and in the field.”

Dr. Murphy’s most recent mentees include Michael Bell, Ena Prskalo, Sarah Duncan, Sara Pittman, and David Koppang. Both Ena Prskalo and David Koppang have published their work in Explorations: The Journal of Undergraduate Research and Creative Activities for the State of North Carolina. The other students have presented their research posters and delivered papers at the Carolyn and Norwood Thomas Undergraduate Research and Creativity Expo on campus as well as at various undergraduate research conferences in the region.

Michael Bell, an undergraduate researcher, vividly remembers his first encounter with Dr. Murphy and how her course sparked his interest in research. He stated that during one class, Dr. Murphy found his discussion of ancient graffiti exciting and that she encouraged him, to his consternation, to provide more research and do a short presentation on the subject for the next class session. This impromptu work assignment opened Michael to the vast arena of classical studies and further encouraged him to pursue his interests through undergraduate research. Michael enthusiastically noted how Dr. Murphy’s support and aid contributed to his future endeavors and state that, “her intervention was a turning point in my life, since it allowed me to take my first substantial steps into my chosen field.”

Another undergraduate research mentee, Ena Prskalo, cites Dr. Murphy’s knowledge of ancient Greek literature as well as her compassion to be major contributors for her own interest in and devotion to ancient Greek deviancy. Ena stated that encouragement from Dr. Murphy helped her through the challenges of being a young college student. Further, her mentorship helped to develop Ena’s confidence to engage in scholarly inquiry, as well as public speaking. Dr. Murphy continually pushed Ena to look beyond who she believed she was and to pursue opportunities that she thought to be out of reach. These two mentor/mentee relationships highlight Dr. Murphy’s influence on the professional/academic lives, as well as the personal growth of our students. As Ena stated, “Dr. Murphy deserves to have these efforts acknowledged, because she can do more for someone in a year than [many] can in a lifetime.”

The Undergraduate Research, Scholarship and Creativity Office at UNCG established this award to recognize faculty members who engage students in projects that contribute to the expansion of knowledge and understanding in their discipline, while demonstrating excellence and innovation in doing so. Dr. Joanne Murphy has managed to do this in a classical fashion, and we are honored to recognize her with the 2018 Thomas Undergraduate Research Mentor Award.